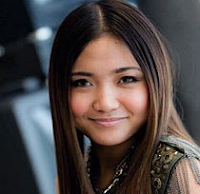 With The Voice Philippines coming into Philippine television singer hopefuls around the country are excited for the auditions.

But in this age of internet, YouTube, where YOU could be discovered by Ellen, Oprah or the big shots in Hollywood anytime, some are wondering do you really need talent competitions?

Charice for one, as well all know is a veteran when it comes to singing contests and she too once joined a mainstream talent show on ABS-CBN, which was hosted by Sarah Geronimo, who is now also judge mentoring The Voice, something that Charice already did on The X Factor Philippines, which also is a talent show.

The point is Charice’s career catapulted because of social media, YouTube that is.


And Charice will forever thank that guy who uploaded that video. If he did not, some other person would have uploaded it and Charice will still be the famous that she is right now.

In fact, Charice has a lot to thank for, her talent of course is one thing. Her parents, her mother, especially, ABS-CBN and the talent show where she was seen singing in that YouTube video that caught Ellen and Oprah’s attention.

So to say really that you don’t talent shows is wrong.

The Charice phenomenon is unique and there will never be another Charice.

For now, singing hopefuls will have to cling to every chance they get, including talent shows like The Voice Philippines.

In the history of singing competitions however, being a winner is not always a guarantee of success, the same way that defeat defaults to well, career change.

Take for instance Christian Bautista and Chris Daughtry. Not that their names start with CHRIS, they proved that not winning, being just a finalist, is okay.

AIM TO BE THE ONLY ONE!