Toyota's Big Future with Hybrid Cars in the Philippines in 2020 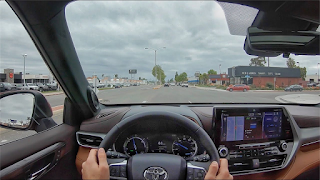 The Toyota group reached the milestone of 15 million hybrid cars sold worldwide, from 1997 to today, under the Toyota and Lexus brands in January.

Since the launch of the first generation of the Prius , this technology has taken several steps forward and the Japanese manufacturer now offers a range of 44 electrified models globally, with specific variants for individual markets. With this alternative to traditional petrol vehicles, the company has contributed to reducing CO2 emissions by around 120 million tons worldwide.

40 new products electrified by 2025.  In Europe, hybrids have reached 2.8 million units, with 19 models from the Japanese group listed and sales growing steadily.

The introduction of the new Tnga modular platform and fourth generation electrified systems will, according to the company, give a further boost to the spread of these cars. Furthermore, Toyota is also committed to the development of pure electric models, plug-in hybrid and fuel cells and plans, by 2025, to present 40 new or updated electrified models in the Old Continent, of which at least 10 are powered only by battery.