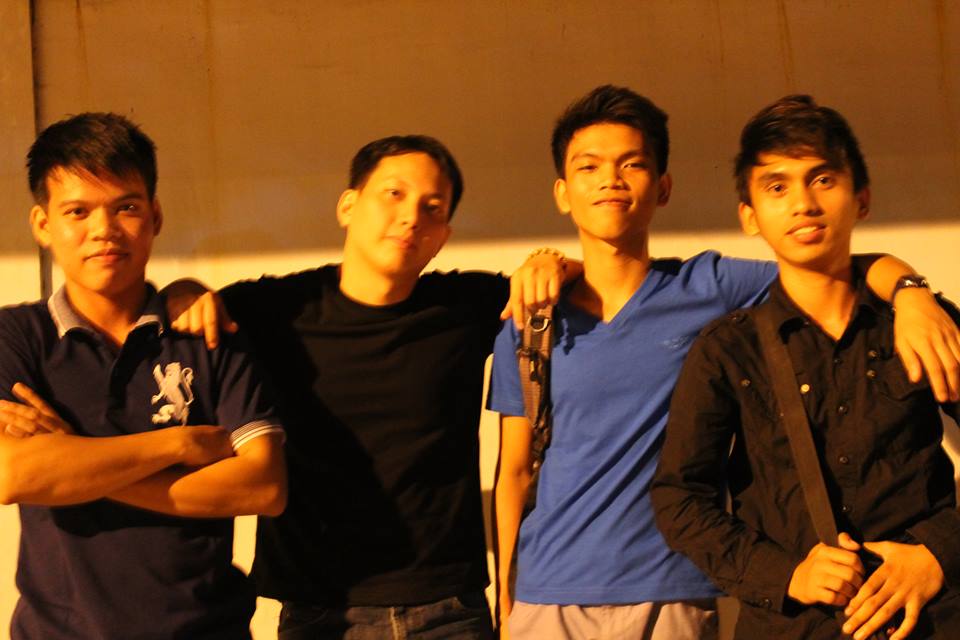 Blazin100 is proud to introduce Audiosundae, an alternative band from the Philippines.

If you're into Eraserheads, Sponge Cola, Rivermaya, Siakol, Callalily, you are going to love their music.

We recently had a chat with band members Eric, Jake, Sim and Rico.

How did you guys start with Audiosundae? Were you like barkadas or classmates?

No.  Eric was already in the Indie music scene since 2007 with a previous band that disbanded in 2009.  He already "retired from the music scene" until 2013 when the urge to play music came back to him once again after a few years of "retirement".  Eric then decided to form a band by inviting musicians (via musicians' social media sites) to audition for his new project band.  That's when he met the band's current Lead Guitarist, Jake Pengson.  After several changes of the Drummer and Bassist, Jake decided to just recruit his former bandmates Sim and Rico.  Finally, the band became complete with the last 2 pieces in place.

Why Audiosundae? Who came up with that name?

The first year of the band's existence was spent in practice, arrangement, and recording of songs in the studio.  Since all of the band members are busy creatures, we were only able to do all band-related stuff every Sunday.  We only decided to name it Sundae (like the icecream) since we figured, our music is kinda sweet.  It's spelled "Audiosundae" by the way :) 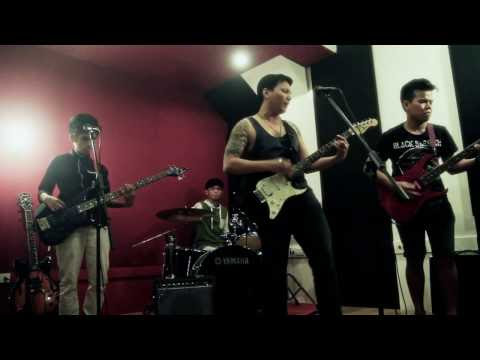 Funny you mentioned it.  We actually named the EP we recorded in 2013 "Strawberry flavor". However, we're planning to re-record our songs (except Posible ang Lahat) this coming 2017 since some FM stations require louder vocal levels.  We're also going to record our other original songs as well as Audiosundae cover versions (Paano by Gary V and Pangako Sayo by Rey Valera)

(Eric) - I usually get up at around noontime during those times, so I can't really say hehehe.  Although my favorite show back then every Saturday 4pm was TGIS;  I used to believe I was Dino Guevarra's character...and I was very much in love with Kim Delos Santos back then hehehe.
(Jake) - Ghost Fighter
(Rico) - Mr. Bean

If Eli Buendia asked to have a duet with you, which song would you choose? He's like idol right?

(Eric) - My all time favorite Eheads song is Huling El Bimbo, so probably that.  I just love how simple the song's melody is, and how simple the story seems to be in the beginning.  But towards the middle thru end parts, you'd realize how deep the story is.  It's just like watching a movie.  I followed the same format in our song "Panaginip"; Starts simple but ends up deep.  Yeah...Eli is my all time idol when it comes to songwriting.

Describe your bandmate using Pinoy food and why?

Sim - I think he's the rice of our group.  He's always just quiet...and often late.  Just like when you eat at most restaurants, the last thing that comes in is the rice

Rico - Bicol express.  He's always loud and talkative...He's the alaskador of the group...next to me I guess hehehe

Do you guys clash in terms of creativity or musical direction of the band? When there are disagreements what do you guys do?

No.  The good thing about the band is that we work as a democracy.  We try any and all suggestions and are open to each other's feedback, and it is always the group's decision when we finalize an arrangement.

Which do you prefer playing in front of a huge crowd or in an intimate gig?

Definitely playing in a large crowd.  In an intimate gig, you see everybody's reaction and it gets distracting sometimes.  You see close up when someone yawns hehehe.  The biggest venue we've played in so far was in Festival mall Alabang.  It was awesome, we had so much fun!

If you were to choose a Filipino band or artist you'd like to be part of their major concert as an opening act, which band or artist?

Your song 'Posible Ang Lahat' is such anthemic uplifter, great job on the writing. But what is still not possible for you guys in this stage of your life?

(Eric) - Getting married.  I still have a lot of things that I want to do before I hang up my bachelor gloves
(Jake) - It is not possible for me to stop playing music
(Sim) - As our song goes, posible ang lahat.  There is nothing we cannot do.  You just have to believe and trust God and your abilities.  There is a perfect timing for everything.

Has Jake ever tried smashing a guitar?
(Jake) - No I will not even think to try because I love my guitars so much!!
Who is Jake's favorite metal band
(Jake) - Lamb of God

To Sim, what's the best part of being a bassist? And if Hayley Williams wants him to play in Paramore which song would he choose and why?

(Sim) - The best part of being a bassist is the groove.  My bass parts provides the boost to our over-all sound.  I feel real good whenever I give that power to our performances.  If given the chance to be Hayley's bassist, I'd choose the song "My Heart" because I can relate to it.  It has a big impact to my playing style.  One of my favorites from Paramore

To Rico, who does he idolize as a drummer and why and when was the last time he broke a drum stick?
(Rico) - Luke Holland; 3 years ago

The Miss Universe is going to be held in the Philippines, say if you were asked to do a song, what will be the title and the first few lines? 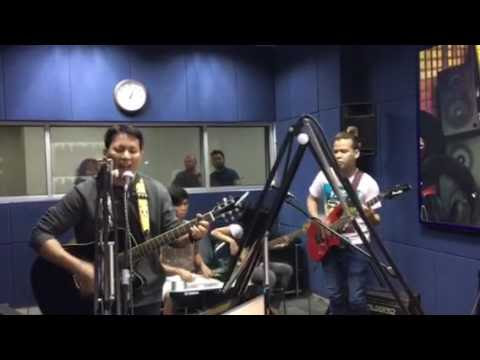 ARE YOU IN A RELATIONSHIP OR INVOLVED WITH ANYONE?

WHAT QUALITIES ARE YOU LOOKING FOR FOR A PARTNER IN LIFE?

(Eric) - Someone who I can have good conversation with and who has the potential to be a good mother
(Rico) - Someone who supports and understand my passion in music and as a musician
(Sim) - Understanding woman. A very simple girl.  A beautiful ang God fearing woman

IS IT HARD TO MAINTAIN A RELATIONSHIP WHEN YOU'RE OUT DOING SHOWS OR PERFORMING?

(Eric) - No. My gf is actually sorta kinda our unofficial videographer
(Rico) - Not really if your partner supports what you love to do
(Sim) - Not really.

WHAT WOULD YOU BE DOING IF YOU WEREN'T AN ARTIST?

(Eric) - I'm actually a CPA.  I have a day job as an Accounting Manager at a multinational softdrinks company :)
(Rico) - IT expert maybe, because that was my course in college
(Sim) - I think I'm dong a big project like a movie

HOW DO YOU FEEL ABOUT CENSORSHIP?

(Eric) - I think it's ok.  Different venues require different censorships.  If you're playing in a radio station, it's ok to tone it down a bit since there might be kids listening.  Of course if you're playing at a bar, it wouldnt be fun if you're still censored.
(Rico) - It's fine, being wholesome is cool
(Sim) - It's hard to have a censorship.  Makes things complicated

DO YOU CENSOR YOURSELF? HAVE YOU EVER WRITTEN ANYTHING AND THEN DECIDED IT WAS TOO HARSH?

WHAT'S THE STUPIDEST THING YOU'VE EVER AGREED TO DO?

(Eric) - I agreed to accompany a friend to her school just to make her bf jealous.  They broke up cause of that.

DO YOU BELIEVE IN MARRIAGE?

(Eric) - Yes...but you have to be finished with all the things you want to achieve first.  And it has to be with your bestfriend...Not just a girl you're attracted physically with
(Rico) - Of course
(Sim) - Yes I believe

DO YOU BELIEVE THERE IS INTELLIGENT LIFE OUT THERE?

(Eric) - Probably...but they're in a galaxy far far away.  I'd like to believe they fight with each other using laser swords, and likes wearing hoodies...and their dogs probably walk upright too...hehehe
(Rico) - Not really
(Sim) - No

WHEN THE ALIENS LAND ON EARTH, WHAT WOULD YOU LIKE TO TELL THEM?

(Eric) - Take our band with you...We'd like to perform a concert in your planet ;)
(Jake) - What do you eat?
(Rico) - Do you understand our language
(Sim) - Why they came here and what is the purpose of coming here

IF YOU COULD BE ANY ANIMAL...WHAT ANIMAL WOULD YOU BE?

(Eric) - Probably a lion.  I'd be surrounded by girls and they're the ones working to get food for me and my babies :)  That's the life!!
(Rico) - Dog, I love their loyalty
(Sim) - Eagle.  Because I want to reach high...I have high and big dreams


HOW OLD WERE YOU WHEN YOU LOST YOUR VIRGINITY?

WHAT'S YOUR MENTAL EQUIVALENT OF A G-SPOT?

WHAT DO YOU SEE WHEN YOU TURN OFF THE LIGHTS?

WHO COULD YOU SPEND A YEAR SLEEPING WITH WITHOUT GETTING BORED?

(Eric) - My crush Jessy Mendiola!!
(Jake) - I wont get bored as long as there's metal songs playing
(Sim) - My cellphone

ARE YOU SEXUALLY AGGRESSIVE OR PASSIVE?

HOW DO YOU SEE AUDIOSUNDAE FIVE YEARS FROM NOW?

(Eric) - 2016 has been really a great year for the band.  We have already guested in radio stations several times, had a lot of great gigs,  and have been part of a compilation album.  I think, if we can have the same level of success in the next 2 or 3 years, there's a chance for us to make it big, considering the good feedback we've been getting.  However, that is still to be seen, many things might still change.  I just like to enjoy the moments.  And be thankful for each gig, enjoy each guesting, and have a rocking fun time with my bandmates!
(Jake) - I see we will be great someday
(Sim) - If we continue our current trend, we might get recognized as a popular band in opm and Also we can have our own Recording studio and if God's favor we can go around the world or every country to perform and to present our song like the other famous bands.

WHAT MESSAGE WOULD YOU LIKE TO GIVE TO YOUR FANS?

(Eric) - I dont like calling them fans.  I'd like to call them our friends instead.  To our friends, each and everyone of you is important to us, and we really really value your support!  You have no idea how thankful we are, thanks for the appreciation!  Keep rocking with us, and help us spread Audiosundae's music!
(Jake) - Thanks for all the support.  We appreciate everything and we're doing it for you
(Sim) - Sa lahat po ng fans ng audiosundae, sana patuloy nyo parin po kaming suportahan at mahalin ang aming mga kanta at lalo na ang opm . hndi namin kayo bibiguin sa mga song na ilalabas namin at patuloy kami tutugtog at gagawa ng sariling atin. yun lang at salamat po sa lahat ng sumusoporta. salamat and Godbless.

The vocalist Eric, who is also the main songwriter, is influenced by 90's Alternative music and cites Eli Buendia as his main songwriting idol. Jake, the man in the Lead Guitars, is a self described Metalhead, while Sim Potot and Rico Conchijo are both fans of the modern music genres, Paramore and J-Rock bands being their main musical influences. From the outside, this may seem like an odd combination of musical styles, but together, they were able to fuse together a music that can be described in 2 words - "Perfectly contradictory".