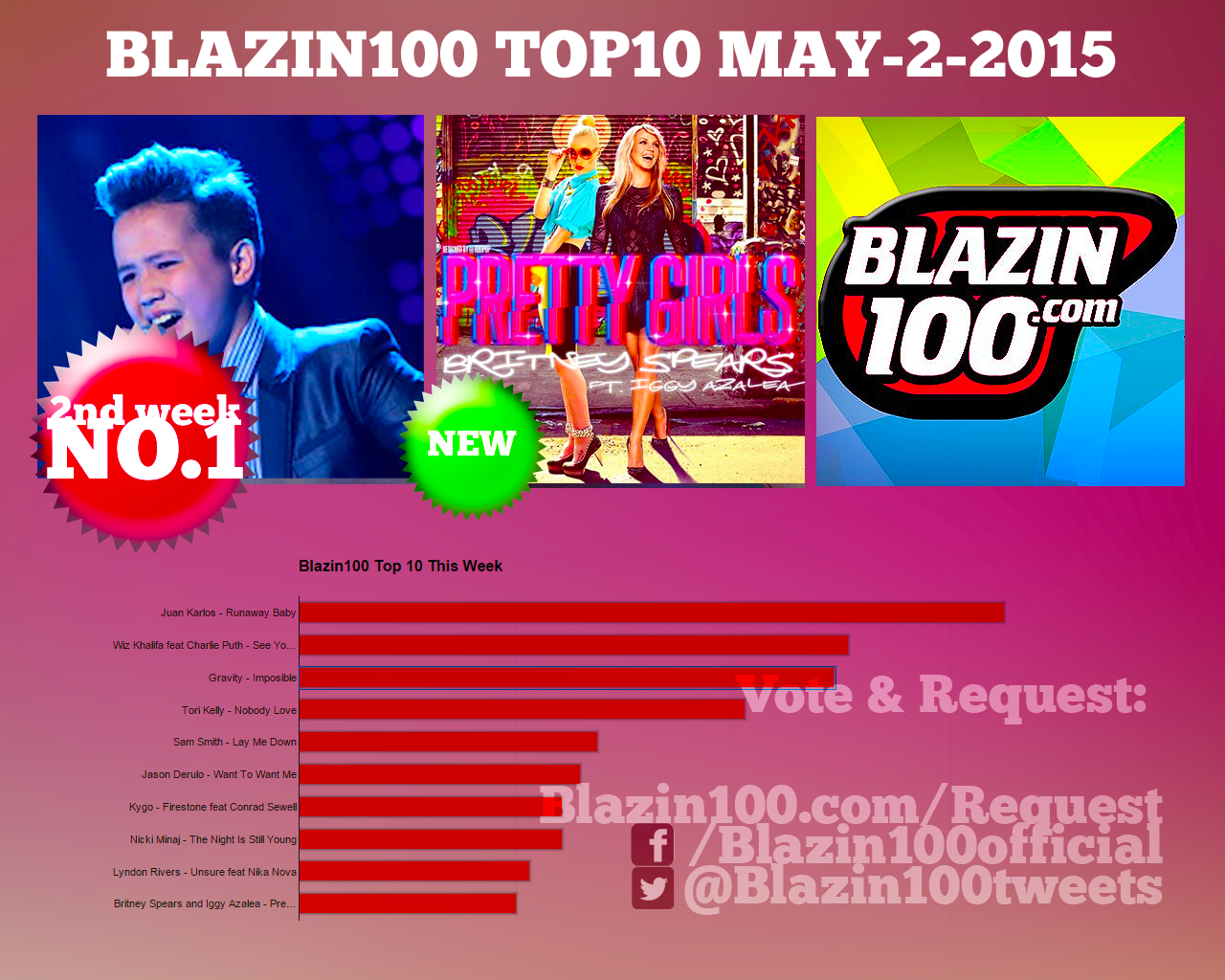 JK still reigns on the top ten but the Wiz Khalifa and Charlie Puth Paul Walker tribute races to the second spot as it gains momentum following the Furious 7 premiere.

Gravity is slipping down to number three but still strong in the request line. Tori Kelly holds on to number four.

We got Sam Smith as the highest jumper and rookie with Lay Me Down.

Jason Derulo is at number six. Kygo manages to be at number seven. And we have got Nicki Minaj debuting at number eight with The Night Is Still Young, such a badass song in there.

Indie dance producer Lyndon Rivers and Nika Nova inches up from 10 to 9 this week. And another power team up is entering the countdown with Pretty Girls and that's by Britney and Iggy bae!