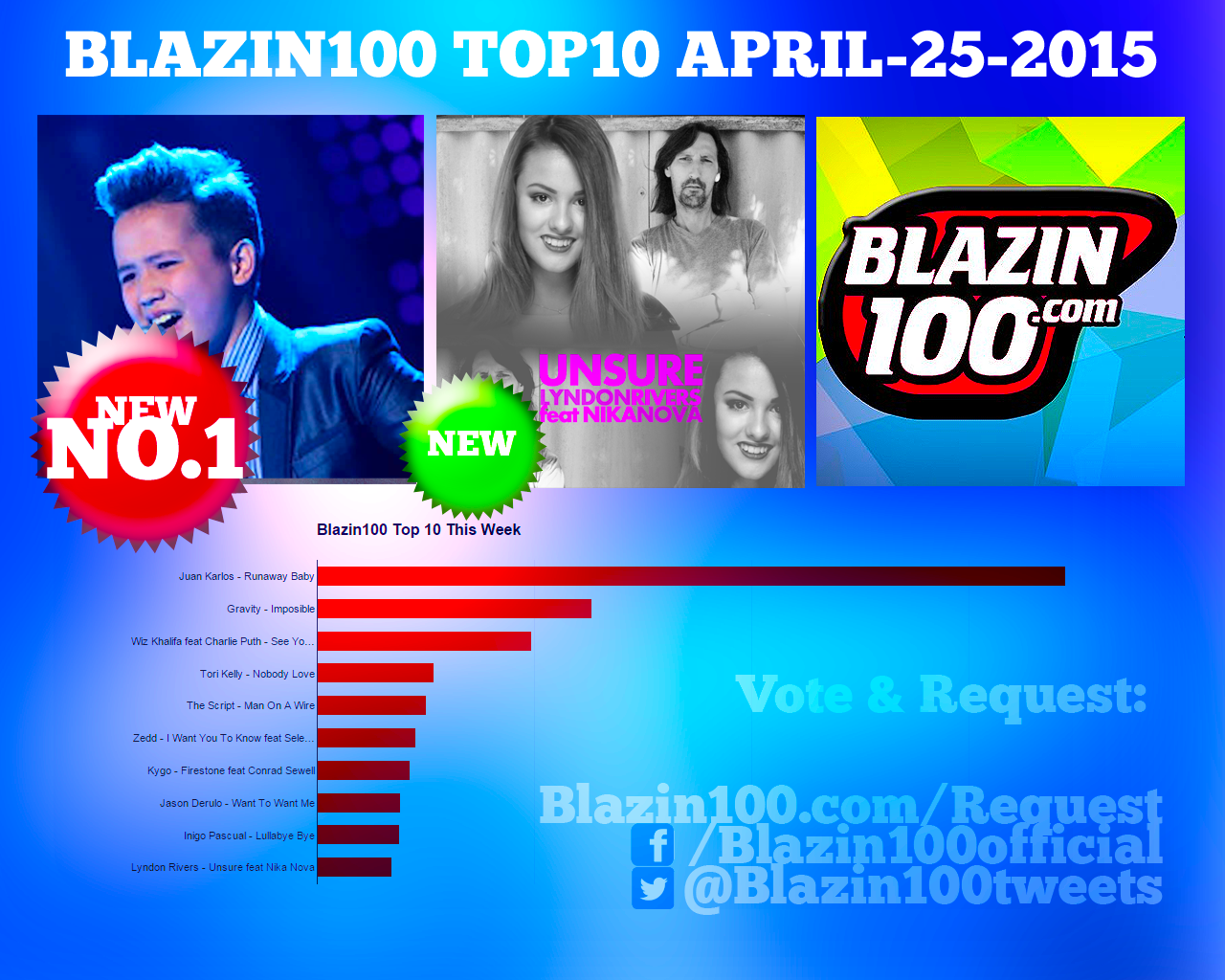 The two Filipino P-Pop artists were head to head last week but JK is pulling all stops to reign supreme on the top ten.

See You Again manages to sneak into the top five and at number three means the Paul Walker memories are making its magic.

Tori Kelly holds strong at number four. And The Script crawls up to number five..

Zedd and Selena manages to be at number six. Kygo is at seven from eight last week. Want to Want Me by Jason Derulo is down to number eight.

Inigo Pascual makes a debut at number nine with Lullabye Bye which is part of the Star Music compilation project OPM Fresh and Lyndon Rivers and Nika Nova also debuted at number 10.

Still nowhere to be found are The Vamps in the countdown.