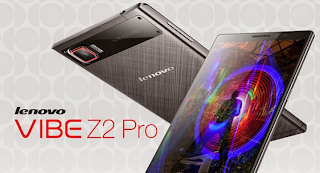 So the Lenovo Vibe Z2 Pro is finally here and the estimated price is Php36,000 and will be available on September 2014.

It is first DUAL SIM LTE capable flagship from the company. It is the predecessor to the Intel-power K900. In fact, its metal build and design resembles that of the K900 and its model number says it all which is K920.

It rocks a 490 PPI, IPS LCD screen with six inches in diagonal size.

It has 32gb of ROM which is Lenovo's excuse why it doesn't have a microSD slot and 3 GB of RAM to go against the flagships of Samsung, Sony, Oppo, OnePlus and Xiaomi.

Should you buy it? No! It's too expensive, you are better getting a Samsung S4 or Sony Xperia Z1 for a lot less price, at 10,000 less or better yet get the Xiaomi for around 12,000 pesos.