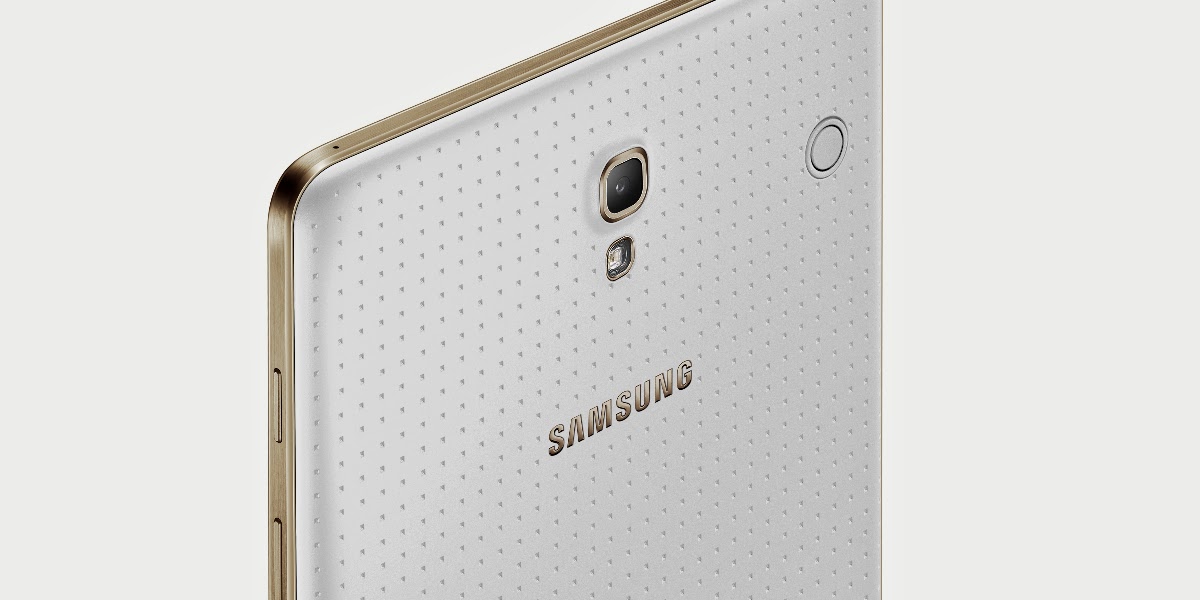 The Tab S 8.4 is aiming not just as iPad air but also at Sony Xperia Z2 tablet which now holds the record of being the thinnest and water proof tablet.

It is available on both 16gb and 32gb variants and your battery here should be 4,900mAh li-Ion.

AS with features, it has IR blaster, finger print scanner.

AS with the build, still the cheap plastic with the dimpled ala BAND AID backing just like the S5.

It runs on Android 4.4 KitKat and they are still pushing their crappy Samsung Magazine UX, split screen and bloatwares like S Voice, as in SHIT voice.
Blog Tech