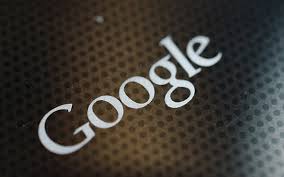 Car manufacturer Chrysler has issued an advisory to all the riding public especially to those who have just purchased a shiny new Dodge Challenger.

This announcement after the company revealed that their car is a fire risk. An estimated number of four thousand five hundred Twenty Thirteen version of the Dodge Challenger has been found to have weak wiring, something that overheats immediately, a likely cause for engine fire.

So far there have been 7 reported incidents of fire.

It seems like Google will have its own take soon on the popular Evernote app.

Just today, netizens are scrambling to have a piece of a newly developed Google service called Keep, only to find out that it has been pulled out already.

Turns out, Google only made the beta app for just a few minutes and then gone!

Users however have managed to save links, images and screen shots.

Some links point to an app available on the Android Market, while some resources are no longer available or points to a 404.

A developer however has managed to save the source code and one website took a snapshot. From the looks of it, it could be an Evernote killer.

Tech sites are seeing it as another Google tease, as a similar stunt was also made before when it launched Google Drive, it also did a quick teasing.