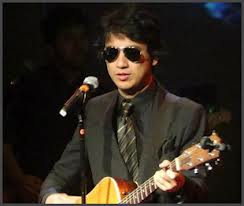 Jugs Jugueta, one of the hosts of noontime show It's Showtime, was surprised on his birthday celebration on the said program when Eraserheads front man and legendary rock star Ely Buendia appeared.

Jugs was thankful to Ely who has just arrived from a concert in Baguio.
Blog Music