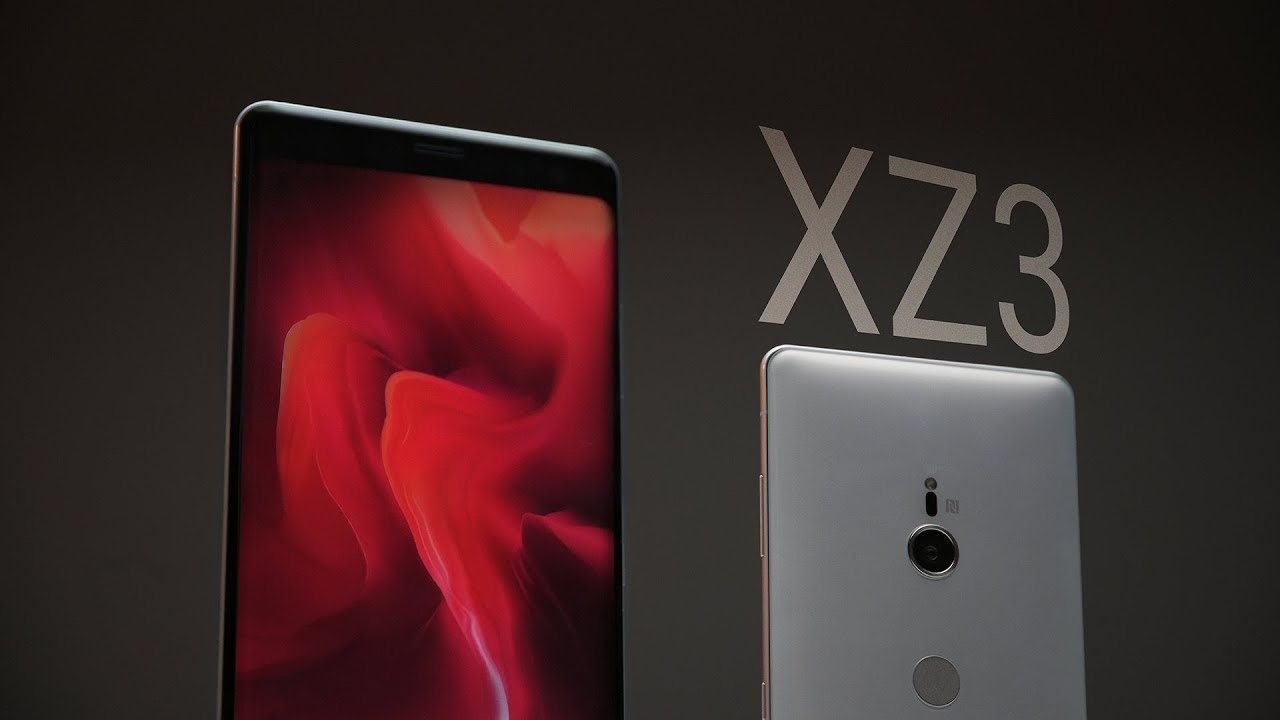 In some respects Sony is not the company most in the spotlight and that is why Xperia XZ3 arrived almost by surprise during the last IFA 2018. Not so much the product itself, which was obviously expected, as the net change of course in design, I have always been a pivot for Sony. Let's find out the new Sony top of the range in our review.


There is no doubt that one of the key aspects of Sony for its smartphones is design. This Xperia XZ3 is not far behind and offers one of the most sought after designs in the smartphone scene. XZ3 seems built of a single block and in this sense reminds a bit of the idea of ​​a stone.

Extremely rounded, front and back, where we find an important bulge that makes it reach 9.9 mm thick, which, however, as its weight of 193 grams, do not feel particularly. A design that aims to satisfy the eye, but unfortunately does not meet ergonomics at all. We have thought and studied all the ways in which we could use this smartphone and one thing has come out: it is one of the most slippery smartphones ever, if not the most slippery ever.

A real soap and even with two hands you must always maintain a firm grip so as not to see it from underneath. And considering the very elongated shape it is easy to loosen a moment to take a tap on the top of the screen. And here the dilemma: cover yes to improve the grip or cover no to enjoy the beautiful design every day? Among other things we add that the oleophobic treatment is excellent and on the back, especially in the gray version, there are no imprints.

The smartphone is then resistant to water and dust according to the IP68 standard. If we were to split the vote it would be 4.5 for ergonomics and 9.5 for construction.

The RAM stops at 4 GB and in a current landscape where the numbers are pointing definitely higher someone could turn up their nose, but in truth we have always found ourselves well in terms of fluidity and speed and we have never felt the need to more RAM.

It could become a cons only in view of future software updates. The processor is the excellent Snapdragon 845 octa core 2.7 GHz with Adreno 630 graphics processor. The internal memory is well 64 GB and is UFS 2.1, so fast. Possible to expand the memory. Our XZ3 is in mono-SIM version but there is also a dual SIM variant. Excellent connectivity: LTE up to 1200 Mbps, Wi-Fi acdual band, Bluetooth 5.0 and NFC chips.

There is also the notification LED and while the USB-C does not support video output. Unfortunately, however, the audio jack is missing and the fingerprint reader, very precise and very fast, is still in a very unhappy position. You get used to everything, but in a phone with a difficult ergonomics like this is certainly not a negligible defect.

Sony continues on this XZ3 with a long tradition of single camera. This is a 19 megapixel ƒ / 2.0 camera. Unfortunately it is not equipped with optical stabilization, but we will be back on soon. The front camera is a 13 megapixel ƒ / 1.9. The Sony interface is very convenient and intuitive and this smartphone adds to the convenient physical button for the shot also a gesture that by rotating the smartphone just pulled out of the pocket you can immediately take a picture. Among the shooting options we find the bokeh effect (also on the front camera), not very precise, the AR effects, the manual mode and the panorama. The photos are taken quickly and the focus is very good. The colors are fine tuned and the images at the end are rich in detail and the light is fairly well calibrated, although when doing a tap to focus on an image sometimes the exposure goes up too much.

The limit of this camera is undoubtedly the shot in low light conditions where the image becomes extremely noisy and strong lights disturb the image balance. Probably the inclusion of an optical stabilizer would have solved this problem. The stabilizer would probably have been handy in video, however, where we find the SteadyShot software stabilization that does great things, even if it becomes less effective when recording in 4K . Fortunately, there are no longer the striking drops of framerate we had seen in the past. The videos are rich in details and of good quality. Also possible to record videos in HDR , even if we noticed a slight drop in fluidity.

Where soni has made a huge leap forward is in his display. Xperia XZ3 is equipped with a 6-inch P-OLED display with a resolution of 1440 x 2880 pixels (QHD +). This is a display made at home by Sony and that does not disappoint at all. It is slightly curved on the sides: a uselessness, but that makes it more refined and refined to the eye.

Do not miss the classic great Sony technologies such as Triluminos and X-Reality, in addition to full support for HDR movies. And if we add to this that no notchis present we can not find it a great display. There are three color adjustments and the most "charged" one is in our opinion the one that will give you more satisfaction. In addition to the settings you can choose whether to activate the adaptive display, which shows notifications on reception or the always-on display to always show time, battery status and any notifications, as well as a nice picture or a photo of your choice.

A little against is actually: automatic brightness. We often found the automatic brightness very low and required manual intervention. Such a pity. It is also a pity that there is no way to really exploit this QHD + resolution with a virtual reality platform (hey Sony! What do you think of a variation of PlayStation VR ?).

Sony has an undoubted advantage: often update their smartphones for a long time. And it does so starting from the beginning, proposing its already updated devices, as in this case: Xperia XZ3 is the first smartphone on the market to be sold already with Android 9.0 Piepreinstalled. There are not really many tangible news, but under the shell there are many interesting corrections.

Among the additions of Sony we find support for one-hand mode, the ability to customize the double-click of the power button to start Assistant, the ability to change icons and enable the rotation of the home and a dynamic vibration function, which is honestly a more annoying than useful in many circumstances. We then really appreciated that Sony now asks the first time which apps to install, leaving the choice to the user.

There is also a new function that allows you to enable the back command and a menu with the favorite apps by tapping the edge of the display. The function is nice but the implementation is terrible. It is continuously activated involuntarily and only after 2-3 attempts when we try to do it on purpose.

Turn it off when you first switch it on and you will live with less frustration. The complex fluidity of the system is excellent, despite the amount of RAM lower than other devices.

Sony has implemented in this Xperia XZ3 a battery of 3300 mAh that allows you to get to the end of the day, even if it is not enough to overcome this limit and continue during the next day. Excellent support for wireless charging, already present from the previous generation.

Sony Xperia XZ3 costs 49,000 Philippine Pesos , the same price as Xperia XZ2 and this is already a nice positive surprise. It is one of the most inexpensive top of the range in circulation, although obviously the amount requested is certainly not contained.

Sony Xperia XZ3 is undoubtedly the best Sony smartphone ever made and much of the credit goes to the fantastic curved OLED display, which is the real news compared to the past. Good performance, the camera and all in all even the price, lower than the competition. Too bad for the ergonomics that will put you in front of the dilemma whether or not to cover its sinuous shapes with a cover.