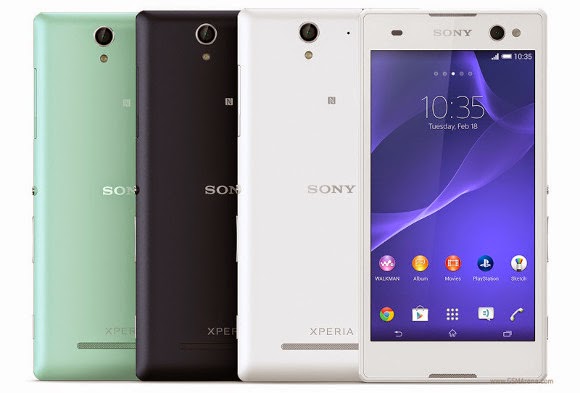 Should I buy the Xperia C3?

The answer is: it depends on the following criteria:

1. What's my budget?
2. Do I have brand preference?
3. Can I wait for September 2014?
4. Is this my first smartphone?
5. Am I looking for cheaper or wiser alternatives?
6. Am I smartphone power user? Like do I surf the net a lot and post on social media, or view YouTube a lot?
7. Am I mobile gamer?
8. Am I a professional, student, or businessman?

We compared C3 with the recently released M2, as its closest contender. M2 has a dual SIM variant and it is also LTE capable, the first mid range LTE handset from Sony since the very successful Xperia SP back in early 2013.

But you might consider the IPS LCD screen tech on C3 versus the TFT display on M2, C3 has better angle views and speaking from experience eye strains or fatigue is common on TFT screened phones.

As with storage and RAM, C3 and M2 both sport 8GB of ROM and 1GB of memory.

C3 will come with Android 4.4.2 KitKat while M2 only runs on 4.3 Jelly Bean but may support KitKat upgrade.

Both use Qualcomm Snapdragon 400 and Adreno 305 gpu.

Other than the display size, tech, pixel density, the OS, and front facing camera, the M2 and C3 are pretty similar devices in terms of power.

If you are not budget constrained, say you can afford a fifteen thousand peso smartphone, yes go for the C3 instead of the M2. It's LTE powered, it's KitKat, and the 5 megapixel front facing camera will be attractive to those who love taking more than decent selfies.

However, there are however cheaper or perhaps wiser alternatives to the C3 with let's say far better ROM and RAM sizes, but they may come in local brands, like Cherry Mobile or Starmobile. The OPPO R1 is dual sim, 16gb of internal storage, 1gb of RAM, with glass back cover ala-iPhone 4 and aluminum frame but is using Mediatek processor, 4.3 JellyBean OS, non removable battery and a Php19,000 peso price tag, so just so you know.

A cheaper and wiser alternative is the Xiaomi Mi 3 which is Php11,000 on Lazada.com.ph, but it's got flagship specs, the front facing camera is 2 megapixels, not really much of  a deal breaker if you're really considering the selfie selling point of the C3.

Do you have brand preference? Well, go get the C3 if you'r brand conscious, this is better than other mid range LTE devices let us say from Samsung such as their CORE LTE.

If you can still wait for September 2014 or this Christmas, new devices will be popping up not necessarily from Sony but from other manufacturers, China-based, locally re-branded or from well known OEMS that could possibly challenge the C3 or change your mind about getting a selfie-centric phone. And yes, the price will definitely go down. That is if you can still wait.

Will this be your first smartphone? Well, if yes, it will be good first one. C3 sports a new and upgraded Z or omni-design, uses stainless steel and if anything, this is a preview for the future of Sony's flagship Z devices. Again, that is if your budget allows.

The C3 can definitely satisfy your binging appetite for social media, YouTube with its basic Snapdragon processor.

If you're a gamer, don't expect stellar performance. C3 is not recommended for serious gaming, come on. Casual gaming can do.

So who better suits the C3? C3 is great for high school or college students. If you're a professional, businessman go get a Z2.