Review of the Bose Noise Canceling 700 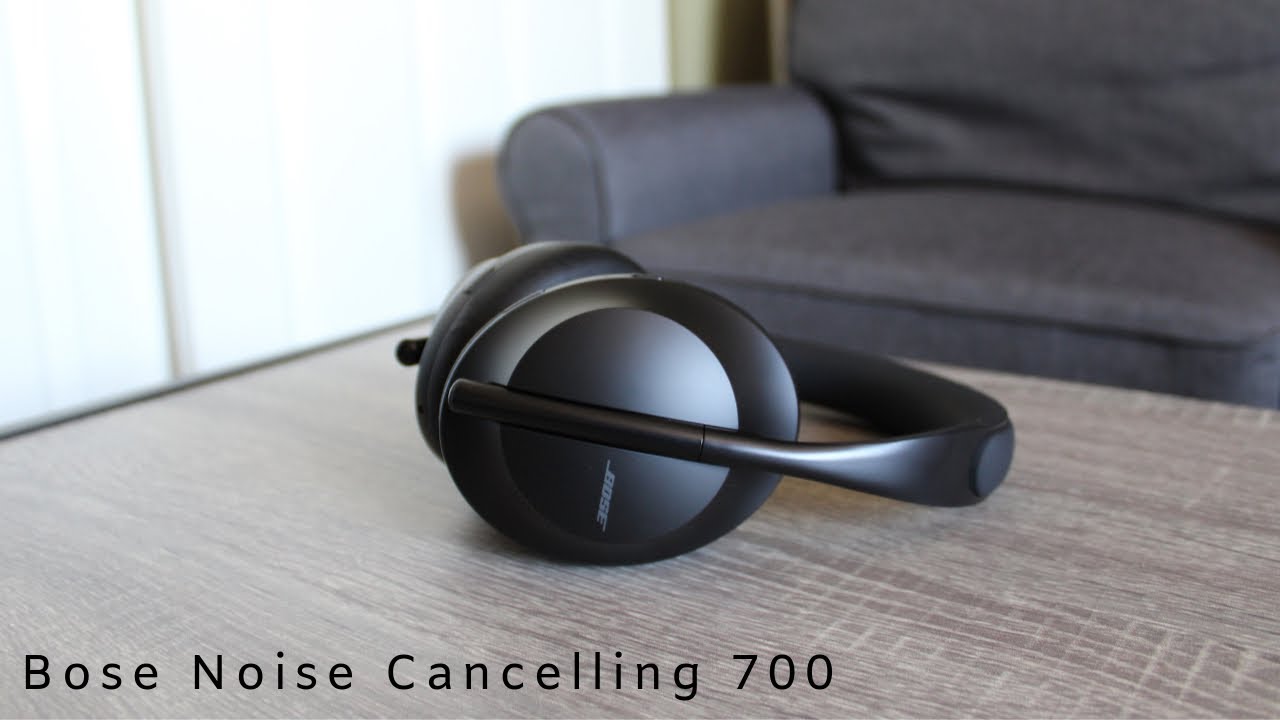 Bose returns to the scene of noise-canceling headphones with an all-new, and very charming model. The difference with the past is so great that the Bose NC 700 go alongside the QC 35 II, without replacing them. Let's find out what the new ANC headphones are made of that want to rival the acclaimed Sony WH-1000XM3

In the Bose NC 700 package we find a large semi-rigid case. Inside, in addition to the headphones, we have only 2 cables. One is a USB-C / USB-A for charging, the other is a 3.5mm audio cable for non-wireless listening. To complete all the classic manuals of the case. Missing a two-jack adapter for the aircraft and wanting a fabric case. Being a premium product, it is legitimate to ask for the maximum. Note, however, the foresight to place the two cables in a dedicated door inside the housing. Cable management ok.

The design of the Bose NC 700 is different from any other model of the company, and by a good part of the competition. Unlike the classic approach, in which the bow extends to fit the head, it is the two pavilions that flow. In the meantime, this guarantees a more consistent and aesthetically more homogeneous and pleasant look. It also leaves the two pavilions very free to move, which therefore adapt well to the shape of the skull. However, they are not foldable in any way.

The faux leather padding is soft and has good passive insulation. It does not suffocate the ear excessively and on the contrary it leaves a minimum to breathe. In general there is not that "empty" effect by wearing them that sometimes some ANC headphones present.

On the plate of our scale they have touched 265 grams. To read, but still less than QC 35 II, so much so that in the long run they are a bit more uncomfortable than the latter. You will not be able to wear them for a whole morning without repositioning or removing them at least a few times. The weight on the ears is fairly well distributed, but feels a little more in the lower part. The bow is sufficiently soft, but rather adherent to the hair, and after a while it can give a minimum annoyance. Nothing tragic, it is clear, and you will notice it only after hours of use. However, if you thought about wearing them all day in the office, it's a little annoyance to get used to.

Let's start with an important fixed point. The noise cancellation of these Bose headphones is exceptional. At the maximum level, all constant, low, repeated noises disappear completely. In these days of heat, in which maybe you still have a fan on or the air conditioning in the office that gets busy, you will hear them fade within a second. If you are walking down the street, all the traffic background, from cars to any machinery in action, will just become little more than a background. There is a sense of peace in activating the noise cancellation of these headphones. From the street, to the office, passing by means of transport, everything is quieter and more relaxed.

Still on the subject of cancellation, Bose has taken another step forward. Not only will you not feel the environmental discomfort by wearing the NC 700, but if you have to make a call, your caller won't even hear them. The voice on call is in fact filtered and cleaned up a bit like the sound on headphones, with the result that even in city traffic you can talk as easily as you were in your living room. And it's not an exaggeration. Really great attention, in the round, by Bose.

The price to pay for such a sophisticated and effective system is everything in terms of autonomy. If the competition (and other Bose models) reach 30 hours, the NC 700 stops at 20 hours with active noise cancellation. Not more. Without making use of the ANC system, you will almost double the autonomy, thus bringing you on a par with similar headphones. Further sign of the impact of Bose technology to contain noise.

Regarding audio quality, we are dealing with basically neutral headphones. The sound reproduced is very clear, sometimes crystal clear. However, it lacks body, depth, and the basses, where there are, are not so incisive. In the medium-high tones the Bose NC 700 give the best, allowing to clearly distinguish the voice and all the most acute instruments. It is a pity that something is missing that often "envelops" the voice of a singer (unless you are very much on the a cappella genre) and that takes you further to the center of the music. Sometimes it seems a bit like listening from afar to the most instrumentally complex pieces, with the richest and deepest basses. We are looking for a bit of egg skin, but it is a difference that is appreciated anyway and that on headphones of this range we could not fail to emphasize.

The Bose Music app, available for Android and iOS, can be found below, and more or less this is all there is to see. You can customize the product name, use a tutorial with the main functions, manage voice assistants (Google Assistant and Amazon Alexa), manage Bluetooth connections (you can connect up to two devices at a time), set the level of your voice you want to hear during a call (and also turn it off), adjust the 3 noise cancellation levels (on a scale of 10) including switching to pressing the dedicated button on the headphones, adjusting the automatic switch-off and changing the language with the which the NC 700 will talk to you.

As you can see, there is everything you need for managing your headphones. At the same time, however, there are no particular functions. There is no equalizer, there is no sound management in general, there is no ANC optimization based on atmospheric pressure (like on the Sony WX-1000). There is actually one more function: Bose AR. Augmented reality for audio, a function available only with specific applications (two at the moment) none of which is available, and which we therefore ignored in this review.

We also report occasional problems connecting to the headphones, specific to the app itself. Even with Bluetooth coupled, visible in the system settings, the app refuses to connect to the NC 700. When this happens, the quickest solution is to stop the app and restart it, and usually everything works.

The Bose NC 700 are expensive. With a launch price of 22,965.76 Philippine Peso off the list, they are the most expensive noise canceling headphones on the consumer market. Obviously, over time the Bose will also fall, but the starting point is still higher, and right now the price difference is really important.

Bose hit the mark in all with the new Noise Canceling 700s, which mark the pace with the quality of their cancellation, both in headphones and in the microphone, and give lessons in style. What is missing to do poker? Some details, such as greater autonomy and comfort, but above all greater depth to the sound on headphones, which is sacrificed a little. But if the tris initial is what you are looking for, the Bose NC 700 are the best the market has to offer, and at the moment they cost accordingly.