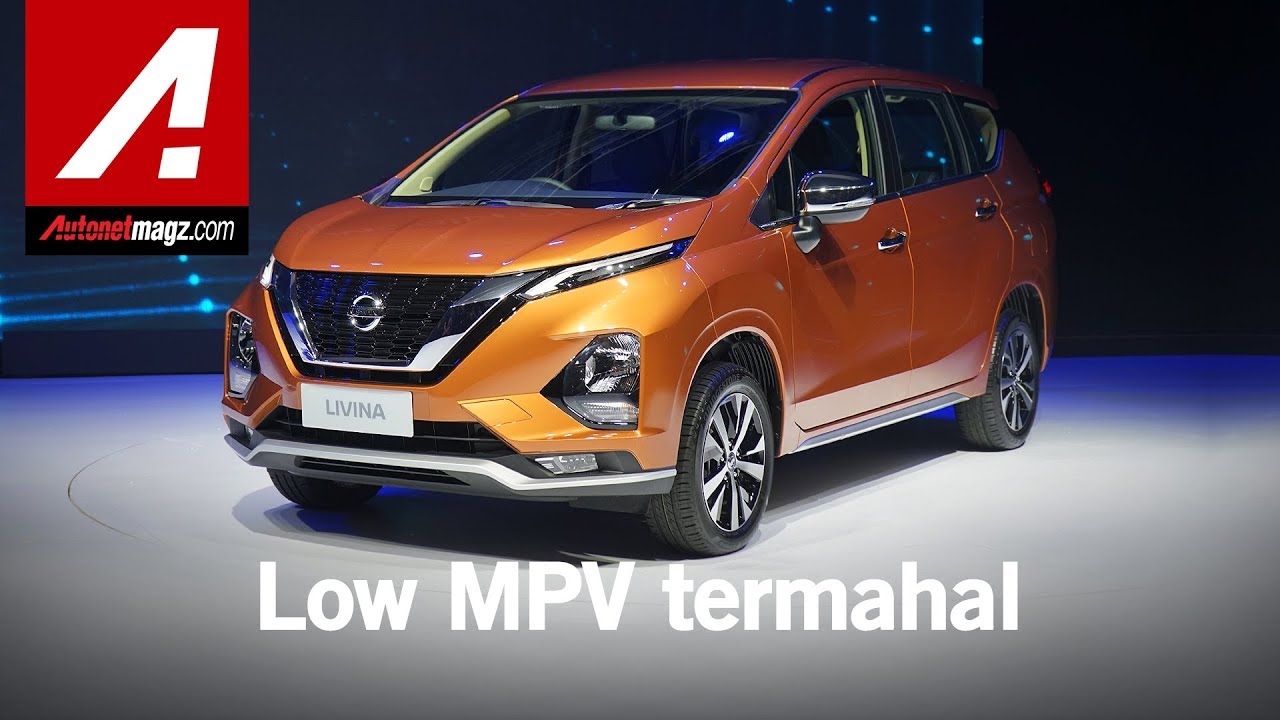 Following the trend of the current car that is slanted in the front. Nissan did not want to be left behind by launching a narrow-style Xpander car which was given the name of the All New Nissan Livina.

As one of the largest manufacturers in Indonesia, whose existence has recently been eroded by the presence of a Chinese manufacturer named Wuling. Nissan also launched a new product that could be a talisman to remain perched on the order of the top 5 best-selling manufacturer in Indonesia.

It's not half-hearted indeed, which was done by Nissan. He also launched the All New Nissan Livina. Cars that will be expected to become the backbone of Nissan to compete in the market share of Low Multi Purpose Vehicle (MPV). By using the Xpander base, which lately began to destabilize the dominance of a million people, aka Avanza, Nissan seemed to have high hopes: that Xpander would live in Livina too.

In a political year like this, there are a lot of cars that are transformed as branding cars . Namely, cars used for the mobility of legislative candidates campaign to the corners of their electoral districts. Not only the legislative candidates, but also the success team, used to be a respected board member.

No exception for the All New Nissan Livina, which just came out in mid-February. He immediately became a victim of the car branding of one of the candidates. The most common reason for choosing a car that is used as a car branding, he must be able to be invited to adventure to various fields.

Not only is the asphalt smooth as Dian Sastro's cheeks. But also the streets that are still gronjal-gronjal kinds of acne scars. It can also be the road that looks like sugar beans. Or that is still quite good, the road has been cast right on his left, but the middle is still ground.

A candidate I know is indeed a different choice regarding car branding. If usually the candidates use cars such as Innova, Avanza, Xenia, Mobilio or Ertiga. He actually did not want a mainstream car , but a car that was still lively because the owner had just released it, the All New Nissan Livina.

The choice that falls on Livina, might be right. Because, the base used by the All New Nissan Livina was a car that had been viral some time ago, the Mitsubishi Xpander . Not long after coming out of the dealer, the car whose seats were still plastic, was immediately made into a car branding. Seeing this, I was only able to shake my head.

Yes, no. We certainly know for ourselves, if a car has become a branding car , the car is like a public car used by anyone - as long as it is still a success team. The car is still smooth like that, Njuk used by anyone, what ya ora Eman?

Because it uses a base from Xpander, the Xpander aura is very thick. Especially when looking from the side, it must be difficult to distinguish between Livina or Xpander. From the front, obviously, there are significant differences regarding the design flow used. Livina uses the front display with the V-Motion model. While Xpander uses the Dynamic Shield design language.

After seeing this pretty elegant exterior. I am curious about the inside. Is it the same as Xpander, or there is a touch from Nissan to distinguish it from the base. Apparently, after entering the interior, the design is almost the same as Xpander. The only difference is the color of the seat. Livina wears a darker seat color. Whereas Xpander wears brighter seat colors.

Regarding the runway, the All New Nissan Livina uses a machine similar to Xpander. Livina uses a machine with a capacity of 1,499 cc, which produces a maximum power of 10 hp and 141 Nm of torque. This power and torque is channeled to the front wheels through a 5-speed manual transmission. It is certain, regarding acceleration and fuel efficiency, almost the same as Xpander.

Walking down the road to Girimulyo Subdistrict, Kulon Progo, without favivu, Livina bulldozed out twists and turns which were still decorated smoothly by the newly paved road. Livina used is the lowest type Livina with a price that is quite worth it, only 198.8 million.

Invited in the hills of Menoreh, it seems that Livina is not too tired, especially when she uses a manual transmission. Obviously, it can pass without significant obstacles. Regarding the suspension, it also feels soft. Most only experienced a slight sway, when passing sharp turns with decent speed. Understandably, it was filled with 6 people at that time.

When entering the village road which is still sugar peanut, as a driver, he must be very clever in choosing the road. Do not enter the hole, so the suspension remains durable. But, the All New Nissan Livina turned out to be quite nimble in eating this sugar bean road . The tightness of the cabin is still so quiet, even though there is a slight shake.

Seeing some streets starting from the hilly streets full of sharp turns uphill or village roads that are still sugar beans. I think Livina is worthy of being a branding car with the ability to conquer several road terrain. But yes, don't let Livina be made for off-road . You can, immediately break the suspension.

Besides being able to conquer various types of streets. The Livina design, which is full of elegance, will make the face of the candidates in the car branding look elegant. Nothing wrong indeed, Nissan launched the All New Nissan Livina in the midst of the dynamics in this political year. Nissan seemed to want to give a message to the candidates, "Want to look elegant, just buy Livina with cash without credit."