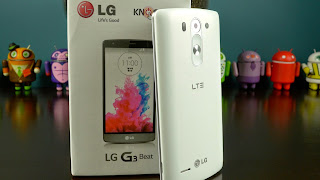 The so called G3 Mini was hinted last July 2014 and yes it is official but it is called by the company as a mini version.

First off it is a five inch screen with IPS LCD and rocking 294 pixels. Considering the size, it is disappointing but still decent as it helps conserve battery which is only 2540 mAh.

The storage is 8GB on board and 1 GB of RAM.

Still very disappointing, as the mini versions should still be rocking some flagship specs, but it is not always the case with Korean companies like LG and Samsung.

As with the design, it still rocks the same sexiness of the G3 but it is slightly bulgier on the back. And with slightly thicker bezels.

Should you get this phone? No, absolutely not. If you are looking for a compact phone, go get the Sony Xperia Z1 Compact with better specs.

If you want a larger phone with dual sim and 1 LTE capable slot, with same internal storage and RAM, go get the Sony Xperia M2 Dual.
Blog Tech