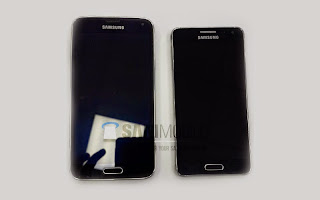 Samsung is poised to piss of Apple once again as it gears to launch iPhone 6 challenger the Samsung Galaxy Alpha.

It's metal, or aluminum to be exact, 4.7 inch touted to go head to head with the larger iPhone update and will be launch at the same time iPhone 6 four incher and five and a half incher will be.

September will be an exciting season indeed as Sony will also be launching Z3 and Z3 compact.

It will have at least 32GB of ROM, Exynos Chipset and LTE support.

It is not the first time Samsung will release a metal phone as they already did in the past.