Does LG G Flex Really Self Heal? How Does It Fair With The Galaxy Round 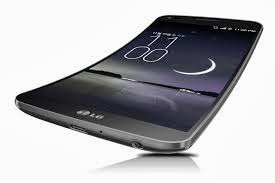 2014 maybe the year for curves smartphones, and yep 2013 is ending and we're already seeing a preview.

Samsung's Galaxy Round and LG's G Flex are battling it out as the world's first curved flexible smartphones, we've seen their pitches and to be honest, there seems to be a clear winner even as early as now.

Now, earlier this year Samsung in their presentation unveiled the flexible LED display.

2 Weeks ago, Samsung announced Galaxy Round but it was LG that actually released photos of their new baby.

The great thing about the Round as Samsung fanboys say is its rounded screen that hugs neatly into your legs when put inside your pocket. Other than that, everything is gimmicky including the tilting-activated notifications.

To be fair, the Round may probably be an experiment as with other Samsung smartphones.

G Flex a few days ago released on YouTube a viral video showcasing its ala-Wolverine self healing ability. And boy did it capture the world.

The vertically curved form factor created a polarity among smartphone enthusiasts as it bulge definitely when put inside pants pockets, but they it sure does hug neatly when tucked inside the pants rear pockets.

G Flex may have all the bragging rights to be called the TRUE curved and flexible screen as it did show that one can bend the smartphone.

Despite these, some people think that LG and Samsung could have just channeled their R&D and money to important factors like performance and battery life.

So what do you think guys of these curved smartphones?