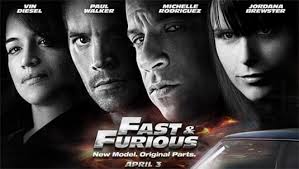 Yes it is official that Vin Diesel will return on the next installment, the seventh to be exact for the Fast and The Furious franchise.

Because of the overwhelming success, the producers are a green go for the next filming starting summer of 2013, that is about July later this year.

Fast and Furious 7 will again showcase Dom (played by Vin Diesel) and will have a new villain to be portrayed by Jason Statham.

Statham is set of play the brother of Owen Shaw and seeks to avenge his brother.