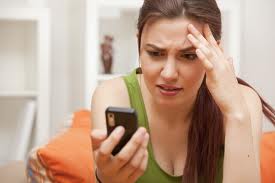 This is the warning of several authorities following a decision to file cases against people who sent spam texts or SMS to people.

Yes, if you are that kind of person who is fond of sending chain SMS, then you could get into trouble.

Before the report, what is a chain SMS?

Chain SMS is like those chain emails you get with contents that vary from encouraging to pray for someone, and then send it to your 10 closest friends, to wacky, out of this world, contents, pass this story of a rags to riches guy to 10 of your officemates and in 10 days you could get rich.

In the US a similar case is alarming people and driving those who are planning to use the SMS technology to spam.

The FTC or Federal Trade Commission has identified 30 people that have been suspected of spamming cellphone users.

Each of those 30 people was discovered to be sending 180 million unwanted SMS to unsuspecting texters.

No only were the contents misleading, but the texts contained false promises of offering free devices in exchange of a favor.

The commission files cases against these people.

But as of this posting, there were only 8 complaints that nailed suspects.

The tricked users who got into the websites were given a series of misleading links that caused victims to register for credit cards  or subscription services before they could get the "free" gifts.

"Today's announcement says 'game over' to the major league scam artists behind millions of spam texts," Charles A. Harwood, acting director of the FTC's Bureau of Consumer Protection, said in statement. "For consumers who find spam texts on their phones, delete them, immediately. The offers are, in a word, garbage." says report on CBS